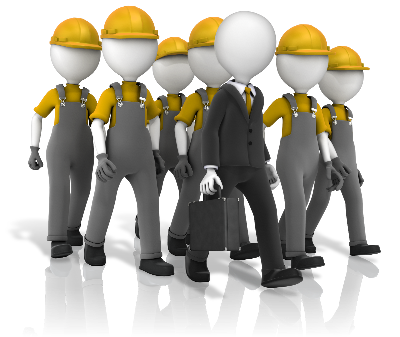 Have you ever heard these statements before; “nobody moves – nobody gets hurt” or “you might as well wrap me in bubble wrap, throw me in a padded room. I’ll never do anything again”? These statements occur under a workers breath or they are said openly once the supervisor is no longer around. No matter the cause of these statements, it’s safe to say the workers are saying “safety stops me from performing my task”!

No wonder why some workers see safe so poorly if they perceive that safety stops the task. They were hired to complete tasks after all. By not completing tasks it puts their job in jeopardy. This creates conflict within the worker that has a negative impact on the corporate culture. This occurred as the worker perceived safety to be in conflict with their employment. Creating a positive safety perspective requires addressing this conflict. The first step is to identify where the conflict came from.

COVID-19 restrictions are allowing us to see how behaviors react when safety does stop us from working and living. The restrictions and lock-downs have caused citizens to become disgruntled showing their frustrations in ways like; utter denial of a pandemic, anger towards the governments, resistance of COVID-19 safety protocols, protests around the world and more. These frustrations lead to actions that increase spread of the virus. More government restrictions are implemented to control viral spread. In turn, more citizens become disgruntled and ignore COVID-19 safety protocols leading to more viral spread. Government policies have now created a vicious cycle where it is the policies, and not the behaviors, that are the source of the conflict!

What we learn is that by forcing people to stop working or living creates conflict. This conflict is created whether if it is a perceived safety policy stopping the task or through policy’s that actually stop us from working and living.

When this conflict exists our job is to not defend the safety policy’s. Instead we should seek to understand where this perception comes from. This perception occurred as safety was forced on them as a requirement of employment. By making safety compliance tied to employment we sent a message that said ‘you will comply with safety or you will not be employed’.  By forcing the workers to comply it will either 1) comply or 2) seek new opportunities. Most people will comply as we subconsciously choose the easiest path and complying is easier than uprooting their career. The worker will naturally demonstrate frustrations to this forced compliance. This behavior is called reactance.

Mitigating reactance starts with understanding where it comes from so it can be corrected.

When We Own It We Use it!

Creating buy-in comes from involving and engaging the worker (or portion of work force) with finding the solutions to the concern. Workers are just as capable as coming to the same conclusions as the safety team; provided there is direction to these conclusions. If the worker is a part of finding the solution it will create ownership. When we own it we use it! This will also save you time as the need for forcing compliance will be reduced, if not eliminated.

Examples of how to include workers are:

We can truly make differences by understanding reactance. The difference is not in forcing compliance but in communicate to workers. These new communication techniques can be verbal, through empowering respected leaders, include the worker in the decision making processes and in strategically crafted reward programs to encourage safety at home. Let them own the safety programs. By doing this you can create a whole new perception of safety with your workforce.