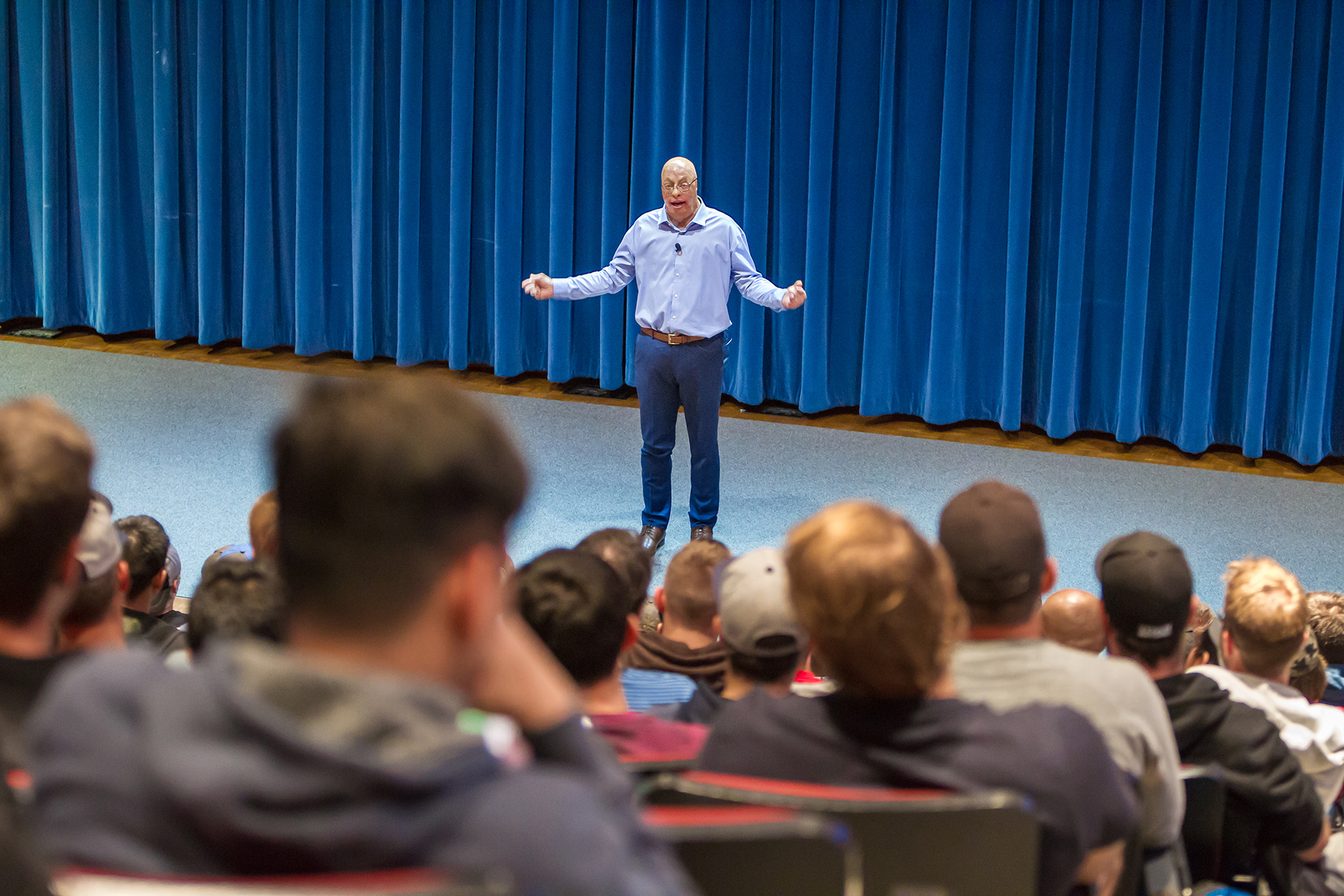 Since the first safety programs came to be industry has developed controls and regulations around almost all known sources of energy. In doing so, safety professionals have worked hard to get buy-in on the safety programs from the workers. Sometimes the safety message sent was not received as intended. Instead of creating unity in a company’s core value, the message separated management and the workers from this core value. One of the greatest examples of this is found in the well-known safety slogan Safety First.

Out of all the safety slogans ever created Safety First has to be the most used and the most misleading slogan. On the surface this slogan sends an extremely positive message which is “safety is the most important core value the organization has”. As we look deeper into this message it becomes clear how message can be received much differently than how they were sent.

Imagine you are in a grade 12 English class and for an assignment were asked to produce a company slogan. Being highly dedicated to safety you hand in the slogan Safety First. With confidence you feel you nailed this assignment and will get an A++. Two days later the teacher hands back the marked assignments and instead of an A++ you actually received a C. In red ink the teacher wrote a little footnote which reads “complete the sentence.” This footnote is why you received that C grade as the incomplete sentence is missing proper sentence structure which leaves the message open to interpretation.

A person’s natural behavior will seek out the meaning of a statement when it is incomplete. Often the receiver will then misinterpret the statement which creates conflict within the receiver. In this case the conflict is between safety and production.

The power of first

This conflict is created as an incomplete sentence forces the receiver to fill in the blanks to figure out what is being communicated. Their behavior naturally assigns weight to the words given to choose from. Out of the word’s safety & first, which word holds more weight in our society? Without comparison first holds far more weight. Consider how we use the word first – first place, first lady, first class, first in line, first child etc. Even your company strives to be first in their industry.

Now consider you just sent a message which draws on one of the most powerful words in the English language – first. What message does the receiver (the worker) hear? They hear that “safety is the most important thing we do”. But is it?

How workers perceive their job

When the worker hears safety is first it goes against everything the worker has ever been taught about work – and the worker is right!

Consider if you paid your employee to conduct nothing but safety exercises all day long. They completed field level risk assessments, held tool box meetings, checked and rechecked their PPE, attended safety courses and never produced anything. How long do you feel the company would be in business if they were super safe but never produced any work? The obvious answer is – not very long. It’s this reason the worker knows their most important role is to produce.

Further, without production there is no energy to control. Controlling energy is a byproduct of production. Be it sitting at a desk and having soft tissue injuries occur from poor ergonomics or moving a 10,000-tonne piece of equipment with immediate potential for extreme loss both energies are byproducts of production.

One last factor worth considering is production can be completed without safety and had been for thousands of years! This also leads to horrific incident rates which is why safety came to be.

When we look from the workers perspective it becomes evident that production is the most important part of the job and not safety!

Yet, we tell the worker to disregard this knowledge and now to put safety first. This creates conflict within the worker and their behavior now puts safety and production on opposing scales. Then as the job factors change the worker’s behavior applies weight to what’s more important at that time; safety or production.

Imagine from the worker’s perspective that it’s Monday morning, start of the work week, everyone showed up for work, materials have arrived and the job is all set to go. In this scenario the workers will make safety important as everything is going to plan. Let’s now fast forward to Friday afternoon, on Wednesday a key piece of equipment went down, 2 employees each missed a day of work, a delivery was delayed by a day, the worker has important plans this weekend and the foreman is complaining about requiring overtime to get back on schedule. Now they have no time for safety as they crew becomes 100% production focused and safety violations start piling up!

Complete the sentence to bring production and safety together

By sending an incomplete message, the worker’s behavior interpreted the sentence as “safety is the most important thing we do”. Instead of saying Safety First; send the message that was meant to be sent “safety is the first thing we do before we do anything else”! Safety First was never created to be a matter of importance to compete with production. It was created to be a matter of process to work within production. This new statement has safety and production no longer on scales competing with each other. Instead they now are in unity with each other.

By making safety apart of the process it forms a habit within the standard operating procedures and habits drive predictable behaviors. As the job factors change the worker no longer will sacrifice safety for production because safety is production! Even if the worker feels pressure to be production focused the habit will drive this new safe production behavior.

Impacting behaviors is not an impossible goal. When we understand how behaviors react the behavior can be identified and addressed. Sending clear and concise messages is one such way towards ensuring the workers and management are aligned in the core values. Send safety messages to the workers production behavior and you’ll be speaking to the worker.